Minor Midget (U-16): Champions of the 2021 Dan Pulham Memorial Tournament

The North York Knights U-16 (Minor Midget) team played in their first away tournament in a long while in early December 2021 in London, and the team was hungry for a good showing. The first round-robin game was against an old nemesis, Leaside Gold. Leaside Gold had been a perennial competitor for many years but over the last few seasons had not won a game against the Knights. After a very physical game in which two Leaside players were ejected in the last few minutes of the game, the Knights came out squarely on top with a convincing 7-3 win. The second round-robin game was against an unknown team, the Oakville Rangers. The game was a tight checking affair and the Knights found themselves down 2-1 with time winding down on the clock. The Knights scored with a few minutes left to play to secure the tie. The third round-robin game was against a more recent rival, the Vic Village Blue team. The game was a very competitive affair until late into the third period when Vic Village pulled into a 4-2 lead and then scored in an empty net to win 5-2.

After finishing third in the round robin the Knights were to play the Oakville Rangers in the semis. In a repeat of their previous meeting the game was tightly fought. After two periods the game remained scoreless. Early in the third period Matt Jamieson opened-up the scoring after battling in front of the net and banging in a loose puck. The Rangers came back to tie it up a few minutes later. With the pressure mounting and the clock down to two minutes, Callum Corkery scored from in tight in the slot from a pass by Lucas Renzi. In the melee that followed one of the Rangers was awarded a penalty and the Knights held on to win and advance to the finals!

In preparation for the finals the Knights were anxious to avenge their previous loss to Vic Village. The pre-game pep talk given by the coaching staff emphasized being an aggressive but disciplined team. The expectation was that no one would take a cheap penalty in retaliation for the loss of a teammate to an injury incurred in the previous game. Win or lose, the Knights would do it with class. The game started off with the Knights firing on all cylinders. Just one minute into the game Brendon McWilliams stole the puck, skated in from the hash marks and fired it home. The score remained unchanged until early in the second period when Vic Village scored to tie the game 1-1. But the Knights were ready with a response. On the power play, Justin Liu blasted a slap shot from the point into the top corner on a beautiful drop pass from Andrew Lau to take the lead 2-1. Less than two minutes later, after the Knights had taken a penalty, Lucas Renzi scored a short-handed goal from the slot with only two minutes left in the period to put the Knights up 3-1 going into the second intermission.  The message to the players at the intermission was that this lead could evaporate quickly so they needed to keep their foot on the gas and put this team away! In the third, Lucas Renzi scored coming in on the right wing and cutting into the middle of the ice and beating the goalie 5-hole. Less than 20 seconds later Brendon McWilliams skated through the neutral zone and with a deflected shot made the score 5-1. With approximately 3 minutes left Johnny Wilson rifled a shot into the top corner to make the game 6-1 and the outcome was sealed!!!

It was one of the most satisfying wins that this team has ever experienced. Congratulations to the North York Knights Minor Midget Select team! 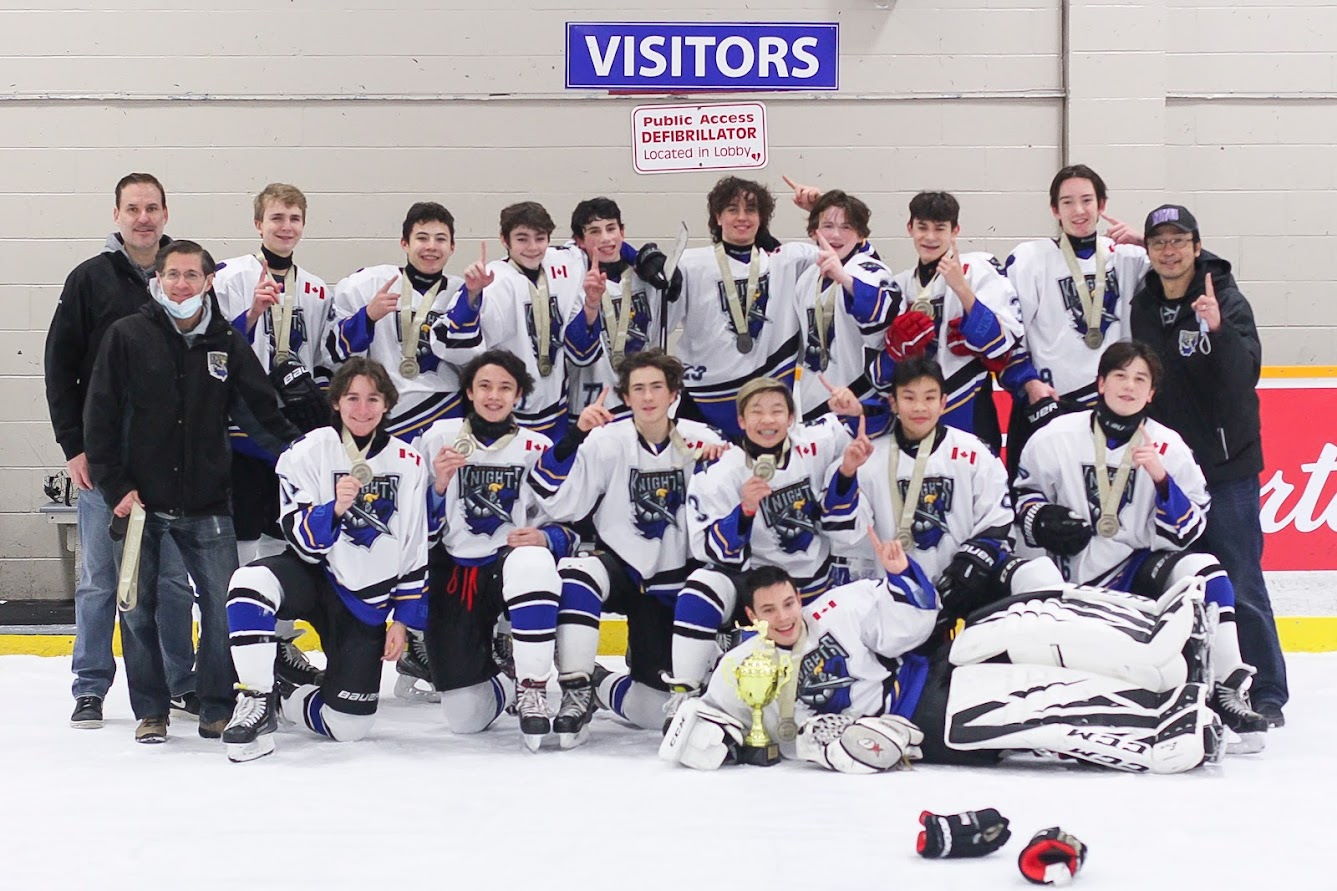