The North York Knights Novice Blue entered the 63rd Annual Etobicoke Bulldogs Spring Tournament held from April 7th – April 9th at the great Pine Point Arena.  The road to the final round began with a game against Faustina White – a team that had beaten the Knights during the playoffs back in March. A combination of great goaltending and aggressive play lifted the Knights to a solid victory with a score of 4 -2.

Next up for the Knights on the following day were the tournament hosts, the Etobicoke Bulldogs.  The Knights worked hard, kept their focus and closely followed the game plan of Coach Dan to skate hard on every shift and drive to the net.  The game was a nail-biter with both teams evenly matched resulting in a final score tied at 3.

The final game in the round robin was held the following day.  The Knights were up against the Don Mills Mustangs, a Tier 3 division team.  The game was well played by both teams with excellent goaltending and determined forechecking and backchecking resulting in a hard fought battle. In the end, the Knights came through with a well-earned win and a final score of 2 – 1.  With this win, the Knights were headed to the finals to face the Mustangs once again later that day.

With a mid-day break, approximately 8 of the Novice Blue Knights Select players joined their House League teams at St. Mike’s arena to play their championship game in the afternoon.  Later that evening and back at Pine Point Arena for the finals, the players played very, very hard and with all the energy they had left.  They were focused and dedicated, but they were also out of gas!  A great effort was made by all the Knights, but the Mustangs prevailed and earned the championship, winning the game by a final score of 5 – 0.  Great job Novice Blue Knights! 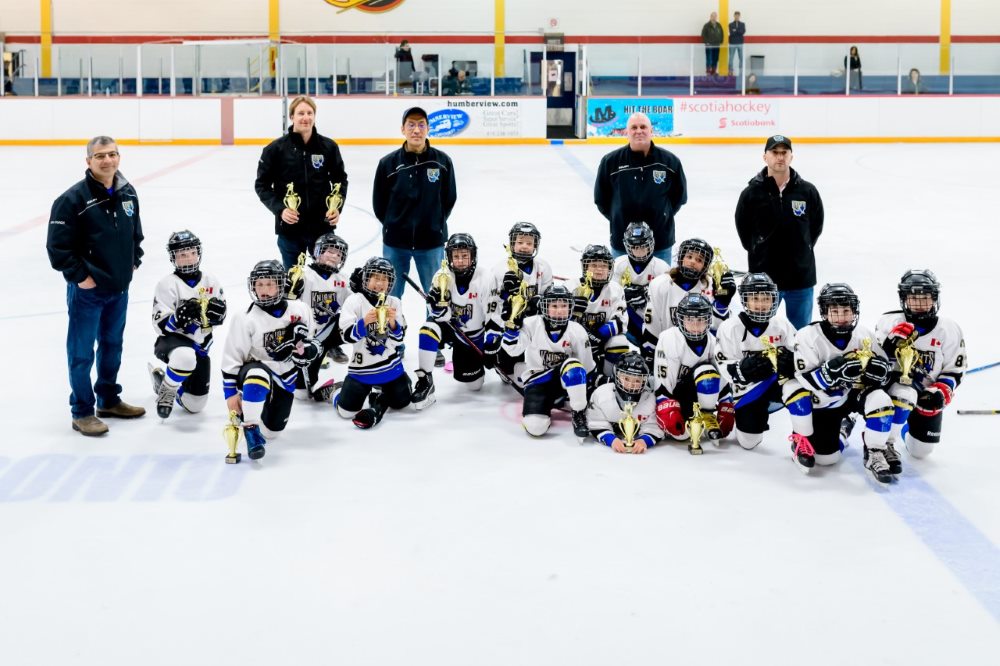