The North York Knights Minor PeeWee Select (White) entered the Leaside Select Invitational Tournament held between February 2nd and 5th in the Gold Division. The road to the championship began on Friday morning when the Knights faced the Leaside Gold team, a team that had beaten them earlier this year in the Tier 2 Division of the North York Hockey League. The coaches reinforced the importance of passing and playing aggressively and the Knights came out ready to play and won handily by a score of 5-1.

Later in the day, perhaps with a touch of over-confidence, the Knights faced a Tier 3 Division team that had not yet won in the Winter season, the Humber Valley Sharks. In a closely fought game, the Knights emerged victorious by a score of 4 – 3 but learned the valuable lesson of never taking their opponents lightly. Next up were the Thornhill Rebels, also a NYHL Division 2 team.

The Knights were well rested on Saturday and came out flying, playing a very determined game and capitalizing on nearly all their chances to come through with a convincing 6 – 0 win. So onto to the Championship game on Sunday against the Leaside Gold team. Perhaps it was Coach Nur Khan’s lucky purple hat or his pre-game speech that emphasized teamwork and aggressive forechecking that inspired the players, but the team played with passion and determination and finally edged Leaside Gold 2-1 to capture the Gold Division championship! The White Knights finished the tournament with a perfect 4-0 record, and celebrated in style at centre ice with much-deserved medals. Go Knights! 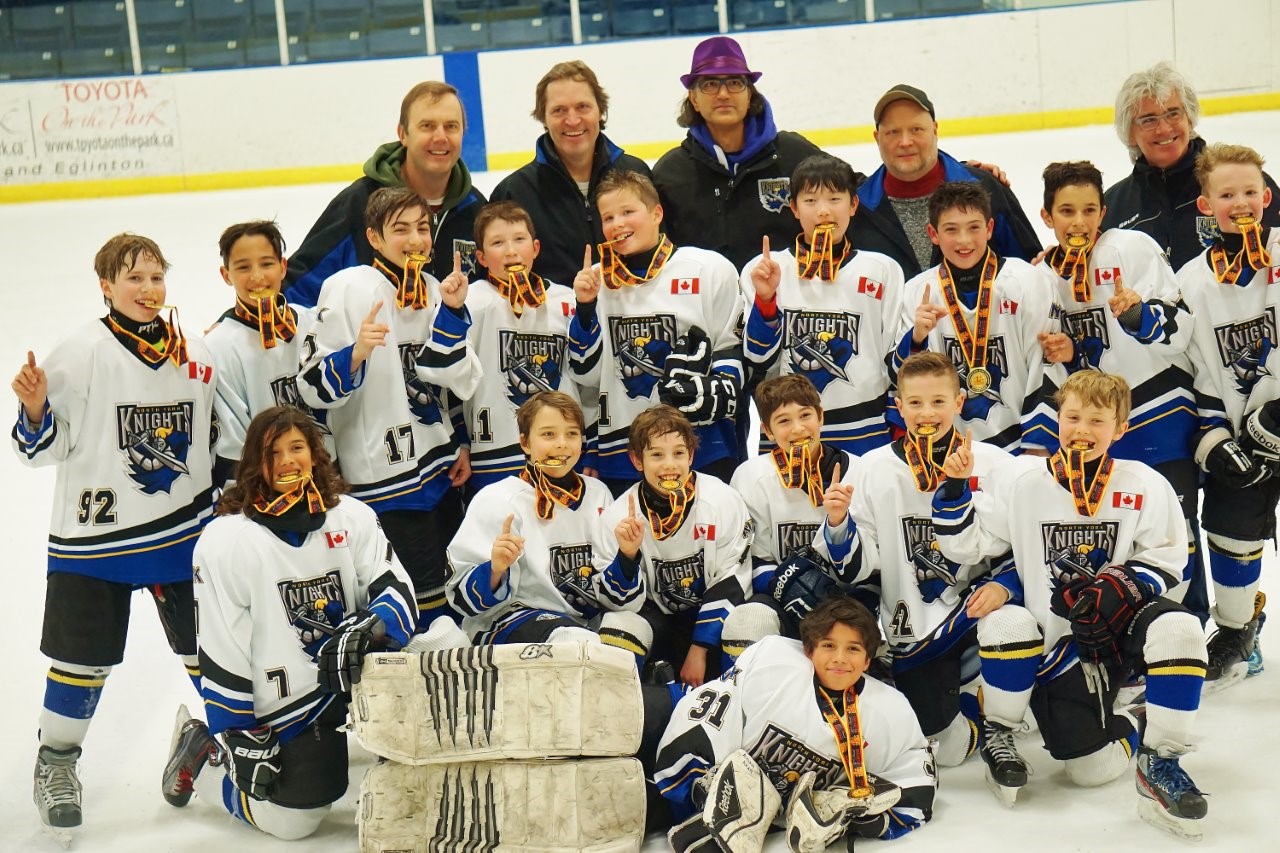