The North York Knights Atom (2009) Select team recently competed in the 48th annual Gene Harrington Hockey Tournament in Niagara Falls, New York held between January 24th and 26th. The road to the championship began on Friday with the team playing well throughout the 3-game round robin, qualifying for the championship game on Sunday. The team played the Allegheny Badgers to a 2-2 tie on Friday, followed by a convincing 3-1 win over the Halton Hills Thunder on Saturday. They completed the round robin undefeated, playing the Burlington Blackhawks to a 1-1 tie on Saturday afternoon, securing a spot in the Sunday final. Coach Dave Erskine reinforced the importance of playing 2-way hockey, forechecking and backchecking aggressively. Listening carefully to the game plan, the Knights took the lead early in the Championship game and held a 1-0 lead with a goal scored late in the first period against the Halton Hills Thunder. Applying relentless pressure to the Thunder, the Knights went up 2-0 at the midpoint of the 2nd period, and clinched the win with an empty net goal with 22 seconds left in the game. The coaching staff and parents were very proud of the hard work and display of hockey smarts exhibited by all the players throughout the tournament. This is the team’s third tournament championship this season! Congratulations to the North York Knights Atom Select team! 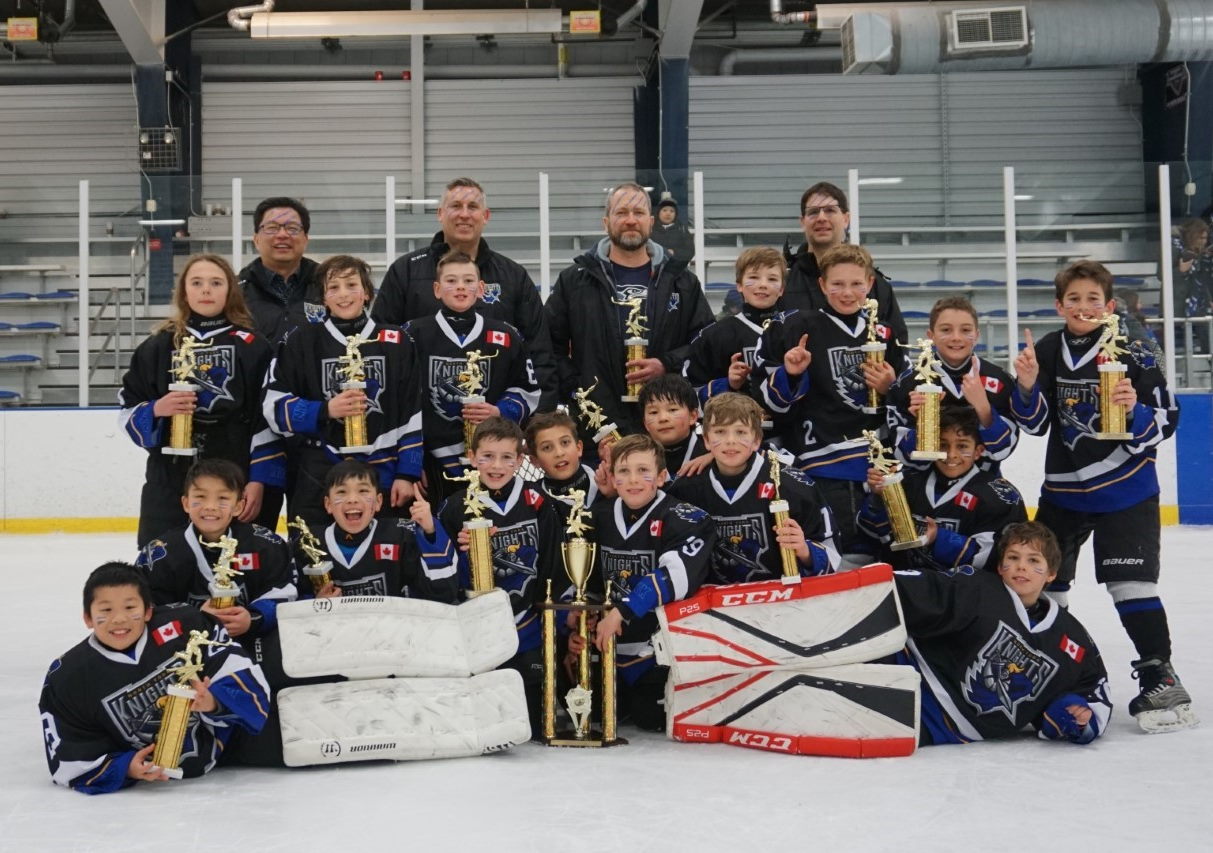